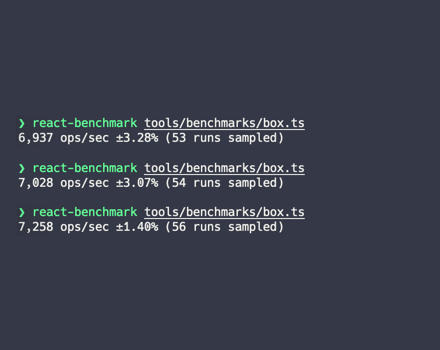 A tool for benchmarking the render performance of React components.

React Benchmark works by building an optimised production bundle of the target component using Webpack and then benchmarking it in headless Google Chrome, so that the component is tested in a realistic environment. I built React Benchmark while optimising the render performance of UI Box to quantify how well various improvements worked.